Who Got Served? Kendrick Lamar Awaits His Competition 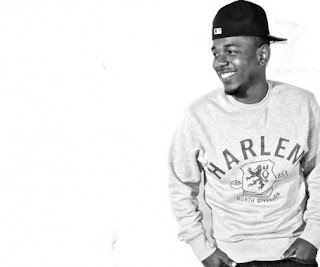 In case you missed all the hoopla, Kendrick Lamar dropped a verse,  called himself the King of New York, and then name checked all the other new rappers of this era into a challenge!

The best part about this saga is that the verse was simply a guest spot on another rapper's song, sandwiched between two other  rappers.

Usually when a guest artist takes all the shine on another artist's song, the talk is usually two-fold: how great the guest was, and how crazy/unfortunate it was for the artist to be obliterated on their own song. Big Sean can just take solace in that Kendrick also didn't call him out for the battle.

(This verse isn't just because he's super talented and arguably the best new rapper of the 10s. This is also because the 5'6" rapper is a little man with Napoleon syndrome.)

The reaction of awakened fans and rappers alike has been to deliver a You Got Served message to the rest of the industry and excitedly await an answer back. There have been numerous takes on Kendrick's message, but the majority, through a self selected media filter, has been positive, giving the young man kudos for reinvigorating the nature of hip hop. This is a call that was certainly needed in the week of its 40th birthday.

Following are some frequently asked questions. Because its necessary? No, but because we all make huge deals out of the entertainment we enjoy because of the actual impact it has - big or small- on our lives.

There's obviously not enough room to list every rapper. What does it mean about the relationship between Kendrick and those he mentioned/those he  didn't?

What seems to make the most sense is Kendrick named the rappers he currently held the most respect for and also who are the most popular.  He's even appeared on singles with several of them including 2Chainz, A$AP Rocky, and Drake.  It actually sounds pretty congratulatory to these listed as those are the peers he recognizes as competition currently. If he didn't mention you, then you didn't make the cut. It doesn't mean you are not good, but you are currently not in Kendrick Lamar's (and most likely mainstream music's) radar.

That's okay. Go on and do your thing Blitz the Ambassador.

What happened to the female rappers?

This is beyond Kendrick. It is a hip hop problem, a media problem, and a society problem. Are there new school women rapping?  Nicki, Azealia, Iggy ( and people that almost no one listens to like Rapsody and the rest of her underground ilk). Yes-Nicki Minaj outsells all these guys except Drake. Sadly, female rappers are fewer in number and subject to a lot more image concerns before they're marketed. I wouldn't go as far as to say Kendrick doesn't appreciate female artistry. I don't know him. I would say this decision is a result of larger forces.

Is he the King of New York?
No. Kendrick is not the King of New York. He may be the king of California. Tupac is dead and that's who he cites in his list of greats for the coast. However, you do not reference Jay Z and Nas- both living and creating- and then assume reign over New York. You especially can't do this while playing signifying monkey with a Jay Z lyric.  Even though their best years are behind them, you can't claim the throne unless you oust the establishment that is already there, and New York's establishment is deep.

The bigger question this brings up is how much regions even matter within the realm of hip hop at this point. While there are clear distinction of the coasts, the South, and the Midwest, we have to be honest. Drake is from Canada. The whole YMCMB crew which evolved from a southern collective now boasts talent from everywhere. New York radio hasn't quite resorted to playing "Don't Drop That Thun Thun," but it's not a strictly New York sound. So yes, if regions are obliterated and Kendrick gets to be King of everyone, he would be King of New York. But you know, sometimes people just have to speak things into being before they actually are.

If you've read through all of this without actually listening to the song, check out below (not clean):