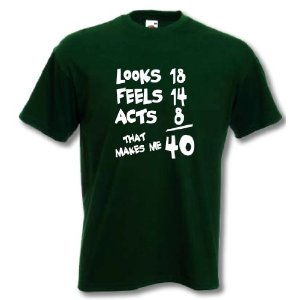 Hip Hop turned 40 today. On August  11, 1973 Cindy Campbell and her brother, Clive Campbell threw a back  to school party in the Bronx, NY and as Clive dj'ed he invented a new style called hip hop. Clive nee DJ Kool Herc birthed an art form, and here we stand 40 years later as hip hop should be on the verge of middle age, still waiting for the first rapper to die of old age.


In the commemoration of Jamaica's 51st Independence Day, I said that milestone years were for celebration and the awkward years were when all the painful self reflection tended to occur. But hip hop in its essence is a combination of celebration of triumph over reality and an ongoing dissection of everything around the culture. Not too long ago I questioned hip hop's maturation as LL Cool J announced a somewhat questionable album.  At 40, the questions have to move beyond maturation and also question purpose and reason.

A great part of a person's composition is determined by the forces and people surrounding them. After I finally watched Jay Z's interview on Real Time with Bill Maher - and stopped reading quotes out of context- what stuck out to me the most was his opening comments about the connection between hip hop and other arts. In my perpetual conflict over  my personal participation in the commodification of
Basquiat, I do attempt to learn more about how the different arts fed off each other in that era. There was an actual conversation between the two that fed off each other and nurtured each other as they grew. Remember the original elements of hip hop included the music, but also breakdancing and the political art of graffitti.

The the truth is, as far as hip-hop and the arts, we were like cousins, you know. If you think about those days with Fab Five Freddy was with Madonna and Basquiat and everything. You know, we all went to those clubs--that’s when hip hop was more underground. The arts and hip-hop really partied together, but when arts started becoming part of the gallery it was this separation. But we pretty much came up together. - Jay Z, Real Time With Bill Maher,  Airing 8/2/2013.


Be  certain that art didn't all of a sudden get commercialized while hip hop remained true. Hip Hop itself also went commercial, and the relationship with art was replaced by other things - some materialistic, some controlled by labels and other forces.  As hip hop matures and moves into its purpose and reason,  there must be a decided focus on the relationship with the arts. Hopefully a continued symbiotic relationship between the two could help both double down on their positive impact on society.


Our regining savant Kanye has already figured this out and is a strong example of how the disconnect has not been . Please go give him a hug. I implore you.

Hip Hop is 40 years old. Thankfully we don't have to worry about hip hop dying. But we do have to continue to monitor it's state as it thrives. The great thing about it, is despite the looming influence of "the label," it is community defined and community monitored. With enough noise, any aspect of the culture can be improved. The power is in our hands.