Audio Problems: Is the story not amplified or is no one paying attention? 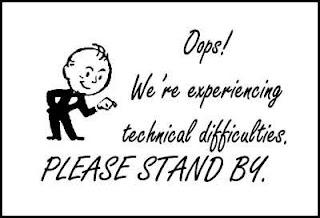 Last night's MTV's Video Music Awards awards saw an epic- and by epic I mean long- performance by Justin Timberlake that was plagued by audio problems. Luckily for the viewers at home, Mr. Timberlake is both talented and seasoned enough that he was able to carry the show. So yes, although the technical aspects were not perfect, admirers and haters alike were able to follow the performance and enjoy the other entertaining aspects, assured that it was not pitch problems, but technical difficulties. Sadly, every performer does not offer the same value.

Apparently, black conservatives (read: Republicans) convened this weekend to commemorate the 50th Anniversary of the March on Washington. This is a celebration that makes sense. The Washington Post's Dana Milbank paints a picture of the proceedings, in a rather snarky piece, and refers to it as a black appropriation of Dr. King- striking in a weekend where appropriation made headlines for other reasons.  Sadly for the black conservatives, the attempt at telling their story was muted even amongst themselves due to technical difficulties.


As the speakers fired staccato fragments of the speeches at the participants, techs scurried to repair the system, an RNC official sighed and the droning of a power drill on a nearby floor added to the mayhem.

“You know, Republicans can’t turn on a microphone,” quipped Ada Fisher, RNC committeewoman from North Carolina, when she came onstage to say the Pledge of Allegiance.

After a pause, the audio troubles were fixed for the rest of the event. But there remained a good deal of static in the message that came out over the next two hours. Those speaking to the group agreed on the desirability of appropriating King and the anniversary, but they proposed different and contradictory ways.

Interestingly enough, at the Commemorating March on Washington, where there was a fair share of different point of views, and speakers drowned out by music after 2 minutes, the overall message was still clear and pointed. Everyone got the history.  For all the appropriation Justin Timberlake may be accused of, he definitely has figured out how to be understood despite technical difficulties: talent and seasoning. These two keys may be part of the solution to the black conservative problem that seems to plague their voice joining the larger conversation without the snicker and glare of derision. Talent is a big issue- from content to presentation to delivery, there has to be something there to give to the people. After all, half of politics is the show. The content may not change much, but it needs to be wrapped like a beautiful gift and presented and then delivered either through a perfected "natural" talent or the affectations of a Baptist preacher that resonates with the masses. Seasoning, comes through honing and not immediately discarding the next great hope after one mistake. Let them live. (Okay, maybe not Michael Steele, but others- give them a shot). It will get to the point where people pay attention through all the technical difficulties, and not miss a beat alongside the performance.

There is a desperate need for conversation across the labels of liberal and conservative, Democrat and Republican, but it will not happen if the message from one side is not being heard at all. Even if the message is not being amplified, garnering people's attention and holding it would be a surefire way to spread influence and increase the discussion. Greater discussion leads to greater solutions, and hopefully that's an area where everyone can agree. I mean, if Martin and Malcolm hugged, how can we not see the benefit in communicating.
Labels: 31WriteNow Blacks in Politics