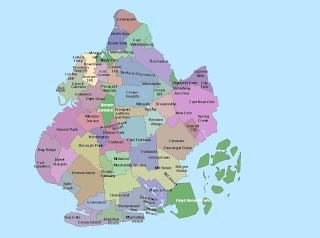 I said it before. (When I came in the door). We were here. The aesthetic of cool is so intricately and intimately woven into this image of Authentic Brooklyn, that it's almost possible to get through the nostalgia without feeling and understanding the true grit of the reality that existed. You don't get to deliver the 10 crack commandments or wax poetic about the hard knock life without being around some sad and unfortunate situations. You were either there, or have a very creative and active imagination that borrows from friends who were there. Either way the story gets sliced- the environment is rough.

Despite the creative oasis that Brooklyn represented for many, the late 20th century news media never sought to make Brooklyn's portrayal in its roughest moments  seem pretty. This haven of culture was simultaneously as raw as a festering sore and as nourishing as a herbal supplement. And to understand Authentic Brooklyn, there must be an acknowledgment of the parts that nostalgia tends to whitewash in most of its visits through America's past. And yes, while Spike Lee's work is a singular viewpoint made in a specific time with his specific intentions, movies like Do The Right Thing, Crooklyn, and Jungle Fever show Brooklyn (and other parts of New York)  for what it actually was. Vivid descriptions in film, music, and visual art displayed the reality captured by newspapers that sold vicious tales with little mention of the humanity that also occurred.

Brooklyn received less overall and more negative media coverage in the 1980s and 1990s than it currently does. And while there were creatives making their mark, the messy stains of life made the residents an inherently resilient and creative people. The resources that were pooled to not only live, but to flourish and celebrate spoke to  a resiliency within the people: this hodge podge of immigrants and descendants from all over the country and the world that lived. The self-sorrow and pity that others look for were present, but not the focus of life, because life in Brooklyn was well worth living. No one is looking for a return to days of more crime, just an understanding that the lives there mattered. After all, we were cool.