American Girl Movie. A Playlist and an Apology. 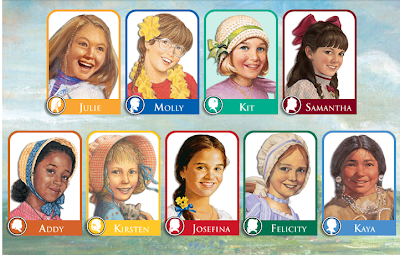 
As old as I am, I should not be this excited for the first theatrical release of an American Girl story. Even though I have no idea who this new Kit girl is, I always loved American Girl. As presents when I was little I received the purple and black modern American Girl Varsity Bomber jacket that I rocked hard with my red,green, yellow and blue plaid uniform as well as the starter set of Addy books. At the library I read through all the books in each series, gaining knowledge about American history as I went. I also collected American Girl trading cards and I still have some sitting on my bookshelf at home along with my Hello Kitty and Spice Girls paraphernalia. My favorite characters were Samantha, the posh Victorian who was friends with dirty and poor Nellie; Molly with her 40s charm that prompted me to ask my mother if I could pin curl my hair; and of course Addy, the fearless freed slave girl who came to New York and longed for her family to be reunited. Unfortunately I did not connect with Kirsten as much and Felicity was a bit too history book American for me. I got lost after they brought out Josefina, but was happy that they kept doing different eras and slowly added more diversity to the historical sisterhood. I'm still waiting for the Civil Rights Era doll, but I won't hold my breath. 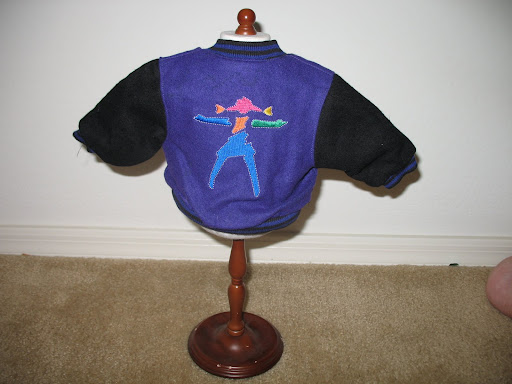 (Imagine this in a kids size...yea, I was styling) 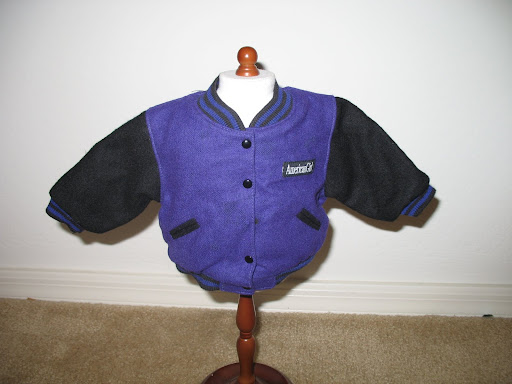 A.O. Scott of the New York Times, describes the film and its importance in this New York Times Article and he does hit on some solid points about the film industry and target audiences. We've seen it with Tyler Perry and the continued success of Mary Kate and Ashley Olsen's pre-NYU empire and all the Disney Channel productions (Lizzie McGuire, Cheetah Girls, High School Musical, That's So Raven, Hannah Montana). Even a Barbie theatrical production a few years ago prompted signs of joy and relief that girls could still partake in the idealism. Even more relief was prompted when Disney announced it would make another cartoon fairy tale, and this time starring Maddy, the black princess from NOLA.* There is an audience that needs films like this and in the hypersexualized culture that we live in, the innocence of being an American girl is something to be desired. Sure we know its not all sugar and spice and everything nice. Life is something more like that's portrayed in crazy movies like KIDS or Thirteen, but people do still want a bit of the fantasy, the escape, and the idealism. NOT a crazy essentialized idealism, but something that's not on the wild and crazy end of the spectrum and not on the Disney Channel. It also can't hurt to have a nice little Depression Era story in this crazy recession.

Of course this is not an end all be all. Coming out of the American Girl franchise its still steeped in ideas of consumerism and promoting good little shoppers and brand loyalty out of American girls who will see the film, dolls in hand and probably dressed in some of the costumes from the catalog. Proper gender roles will still be inscribed and who knows what Abigail Breslin may do in a few years. But still, it has to be better than when my sister was forced to take me to the Spice Girls movie after Saturday School at the old Flatbush Pavillion on Flatbush and 7th Avenue in Brooklyn and my friends and I bought Spice Girls lollipops everyday to get the free stickers that I collected. For that, I apologize Shirley.

Celebrate all it means being a girl:


*Really Random: Ever noticed how these modern ethnic minority fairy tales are all localized: Mulan was Chinese in China, Pocahantas was Native American in emerging colonial America, and now this black girl is from the South. Understandably Jasmine was from the Middle East, that was based on the Arabian Nights stories. I also do understand why these characters need locations to make their stories work, but I still find it interesting. I wonder if the Grimm Brothers gave locations to Cinderella or Sleeping Beauty.
Labels: ArtsCultureandEntertainment Childhood Movies New York Times Playlist included Women