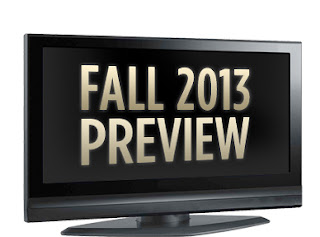 Brooklyn Nine-Nine is an Andy Samberg and Andre Braugher vehicle that premiered on Fox this fall. In the middle of this all thing's Brooklyn renaissance, the show slightly resembles the Brooklyn feel of Welcome Back Kotter. There is a sense of community, a recognition of Brooklyn as a force, and an ensemble of characters that seems to encompass the nature of the borough, without particularly identifying one area or subsection. This alone is an accomplishment of placing a show in the workplace away from peer groups and families. Everyone- save the unemployed- gets a face.  These were all things that Welcome Back Kotter did well from the opening sequence to the character development through the series' run, despite the show's other shortcomings.

Brooklyn Nine-Nine is Brooklyn without location. As such, it fails to capitalize on one of residents' main talking points- the neighborhood. Even on shows that don't explicitly identify a neighborhood,  like Living Single, it is pretty easy to narrow down neighborhood possibility. In Brooklyn's vast area- once the fifth largest city in America before incorporated into New York City- a neighborhood is a resident's calling card, specifying information about class, ethnicity, education, and interests. It may not be a fair one, but names like Benshonhurst, Bed-Stuy, and Brooklyn Heights conjure up specific types. By removing this layer, Brooklyn Nine-Nine effectively makes a Brooklyn that everyone can relate to, and anyone can see themselves calling home. It removes the icky hipster stigma of Girls as well as the professional family veneer of The Cosby Show. Brooklyn becomes a cooler version any town, bolstered by the grace of talented funny actors. And to a certain extent, Brooklyn also becomes bland. Quite honestly, without the opening, this show could be anywhere.

As a cop show, Brooklyn Nine-Nine stands out as refreshing.  In a way, the show treats the cop genre the way Scrubs treated the medical genre, moving from drama to laughter without completely dismissing the pressure of the profession. Recent cop genre developments, like the Canadian import Rookie Blue and pre-maturely cancelled Detroit 1-8-7, have added racial, gender, and power dynamics nuance to the genre. So far Brooklyn Nine-Nine has the potential to positively contribute to the dialogue. In the series premiere, Sergeant Terry Jeffers- played by Terry Crews- lays out the different cast members. The two main characters are goofball Jake Peralta played by Samberg, and new precinct chief, Captain Ray Holt played by Braugher. The straight man/funny man juxtaposition makes for entertaining television while also providing for educational moments. The lingering fear does remain of the magical negro/queer mashup which the writers so perfectly positioned in the beginning.


"I just wonder, who could guide the smart but childish Peralta towards maturity? Oh look, there goes Captain Holt, that  amazing reserve of stoicism and uniformed style! Magic Man to the rescue!"

Lacking on Brooklyn Nine-Nine (and most television shows) is a black female presence. Maybe it's there and simply insignificant enough, leading to easy dismissal. In a workplace ensemble based show that has basically covered diversity in most other aspects, this is noticeable, but due to television's current casting, not overly startling.  In a world where diversity is often dismissed in media portrayals because of how forced it appears, the addition here would actually make sense. Brooklyn Nine-Nine, like several other sitcoms has the opportunity to bring in a smartly written comic character, which would actually be more representative of Brooklyn in the first place.