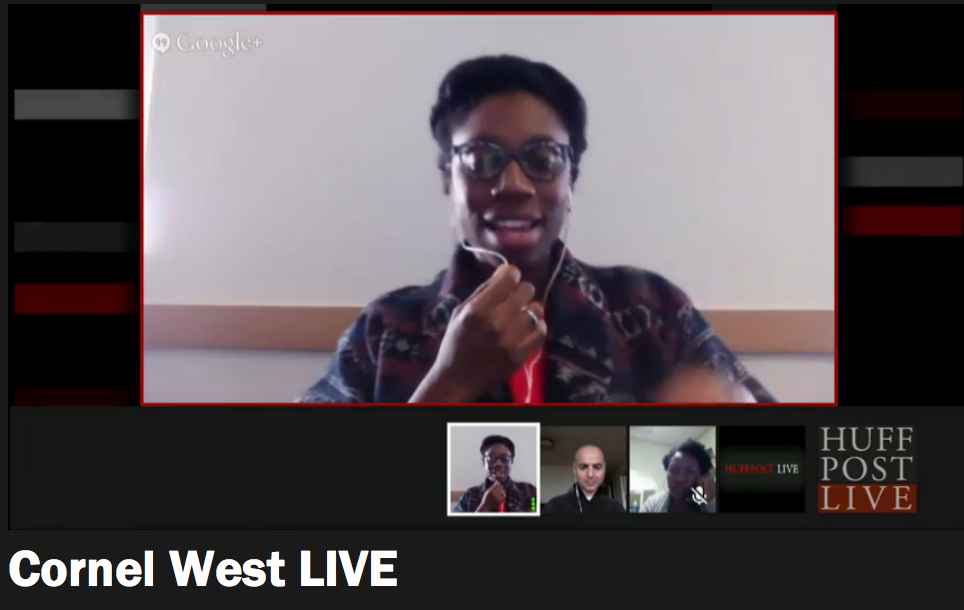 Yesterday may have been Columbus Day, but for those involved in the Ferguson protests, it was 'Moral Monday.' While many media outlets took to dispelling myths about the Columbus Day holiday and Christopher Columbus himself, a different group (black twitter) took to confronting the legacy of the one and only Dr. Cornel West.  The prolific scholar, protestor, and Obama critic was arrested yesterday while protesting the shooting of Ferguson,Missouri teenager Michael Brown. For some, this was a great moment of heroism. After all, he "didn't come to give a speech."  For others, it was a time to question his intent in leadership, the same way many have questioned his open criticisms of President Obama as little more than harping on  a personal vendetta.

Last week, I had the opportunity to ask Dr. West a question in relation to his latest book, Black Prophetic Fire. I classified it as a softball. In trying to understand the legacy of Dr. West, it is necessary to understand that his verbalized intent is not to be a leader. Rather, he wants to press on leadership in order to get results. He looks to artists and academics-and yes, clergy somewhat- of today in order to continue the prophetic tradition. He is not looking to leaders. Perhaps in the future, the most honored hero will be someone who is not liked at all today. (Video below, my question at 39:50)

Take the leader/prophet dichotomy for what you may. Dr. West's polemic image is perfectly situated for someone who does hold a position in the new media structure which includes academics and social disrupters. Yes, Dr. West is a part of the structure, no matter his stated disdain for popularity seekers. The most salient point in all of Dr. West's passionate talking is that no matter what  anyone's position is, he or she can be a catalyst for change. It is easy to look to leaders to create change, but it is just as feasible to push for change. At the least, it is possible to hold others accountable for their actions.

Be like Kim. Be the change you want to see: