It’s the News Hour With Special Guest: Everyone

I wrote this piece after reflecting on the popularity of The Melissa Harris Perry Show and Up With Chris. I never posted it, but thought it accurately reflected the community that news talk had created. Two months after I wrote this, NYTimes published this piece. I felt justified. The New York Times always picks up on things a few months after the public.


It’s the News Hour With Special Guest: Everyone 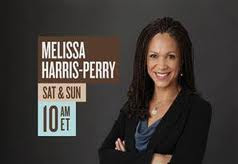 Once upon a time, the news spread by word of mouth. People gathered around town circles, sat in salons, and communities were bolstered through the sharing of news. Over time, the sharing of news became less of a community event and more of a one-way process. The exchange between the public and the media was one where the public gave their time in exchange for information, but no one provided reasonable means for closing the feedback loop. Outside of the world of community access and citizen run programming, the one-way model was common across all media.

If there was anywhere in the media landscape expected to alter the production/consumption model, it definitely was not the news. Yet, after a rowdy Friday night, the hypest place on a Saturday morning is MSNBC and Twitter. Two programs: Up With Chris Hayes and The Melissa Harris Perry Show have revolutionized the way people watch and share the news. Comments fly through social media. “Right on, #uppers” one tweet reads. Two hours later, “Yaaaas, love this perspective, but not those earrings. #nerdland” is posted on facebook. These shows have succeeded in creating a community, and increasing participation from viewers in a way that news programming and television outside of community access television has failed to do recently. This new community built news programming has bolstered the effect of the shows by prompting more interaction, and in the particular cases of “Up With Chris” and “The Melissa Harris Perry Show” also created positive returns for the network.

The hashtag (#), the tool that unites viewers across these mediums, merits some of the glory for this community building. #uppers and #nerdland suggest a more relaxing and inviting atmosphere than say, #upwithchris or #themhpshow. For one, #uppers sounds likes a stimulant drug, something that would get your blood flowing for the day. It is an energy builder to get you ready for deep thought on the weekend. #nerdland invokes a fantasy aspect for one to get lost in, even thought the topics are very real. You visit #nerdland, after tripping out on #uppers. It also plays on the fantasy and fanboy literature that used to signify a small community of intense fans of science fiction books and TV series.

These news programs have reached beyond how traditional media has sought to use social media. Most media outlets have simply moved the traditional flow of “I talk. You listen.” to these newer programs. While the audience may provide feedback on Facebook or Twitter, no one is building a true conversation. The community, these news shows build, differs because they allow interaction and conversation on all aspects, and from all participants. The hosts bring viewers into conversations about the weekly preparation. The weekly panelists contribute thoughts, and respond to each other as well as the community with opinions, facts, and links to additional information. Viewers discuss the show’s topics as it happens on air and end up engaging with people they may have never met in person, but through online personalities can identify, argue, and commiserate with, while in the midst of Saturday morning cleaning or hangover healing.

It would be nice to think that this community building would then lead to action. People uniting to address the societal ills brought up in conversation on the show would probably be the most positive and community-building outcome that this model could bring. But, for the time being, it is enough to revel in the conversation around the metaphorical time square. I am sure the networks do not mind pointing out the social impression to their advertisers either.
Labels: Chris Hayes Media coverage Melissa Harris Perry Twitter