HOW I STOPPED BEING APATHETIC AND GAVE INTO THIS ELECTION 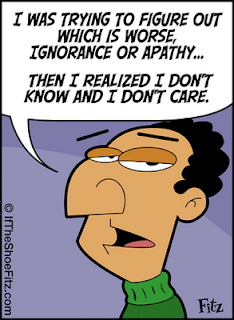 The Fifteenth Amendment , the Women’s Suffrage Movement, and the battle against Jim Crow were moments that left an indelible mark on my childhood brain. Both the American struggle as well as the international fights were taught to me via the classroom, the church, home lessons, and my insatiable appetite for learning through movies. I was well aware of the importance of political participation. I was just never 100% on its power.

While I suffered through my dad’s insistence on watching the news at home and listening to news coverage in the car, and  did biannual treks to the voting booths with a parent, I was always slightly disengaged. For me, civic duties are better fulfilled through volunteer opportunities and donations to charities that actually do the work. Local politicians sometimes make a difference –and their sessions are hilarious- so I'll give them their due as well. At any given point,Mr. President and his compatriots in Washington did not seem to be making much of a difference to my personal life. Most of the time, I felt like this poor child:

Really though, all I ever wanted to do was curl up with a good sitcom. The thought of Bill O’Reilly all day made me cry.

To a certain extent, I was not to be blamed. The first presidential election I truly remember was Bill Clinton, with his smooth Arsenio Hall saxophone playing steez. In my Weekly Reader, I correctly predicted him to be the winner. By the time I was in the 8th grade, he was impeached, yet somehow never had to leave the office. Huh? It didn’t make sense to me. Then came Al Gore and George Bush and pregnant chads that never got counted correctly. As far as I was concerned America pretty much did whatever it felt like, not necessarily what was right. The fact that welfare reform, dot com bubbles, and other major events were occurring didn’t really matter. September 11th had to do with politics, but in my personal bubble was more an affront against me, my classmates, and my hometown. And John Kerry who?

Yet for some reason between the 2008 and 2012 Presidential elections, it all began to make sense. The importance of it all was in my face. Perhaps it was because I grew up a bit. I did my own taxes, paid for my own healthcare, experienced unemployment and  dealt with grown people problems. Spending time abroad really opened me to what people thought of America, especially as it pertained to our foreign relations. Between the blood diamond cultural awareness surge of 2006-2008, constant press about Darfur, the earthquake in Haiti and the 10th anniversary of the September 11th attacks, I had no choice but to pay more attention to America’s interactions with foreign entities. I watched Arab Spring unfold via twitter in between highlights of my favorite tv shows. The Tea Party and Occupy Wall Street weren’t just movements, but also memes in my social media procrastination. Politics were infringing on my pop culture obsessions and I was being-dare I say- edutained by it all. To top it off, the historical and cultural significance of the 2008 Obama election made it impossible to ignore what was going on in the country. That, and I watched a whole lot more Colbert Report when I did not have a bed time.

This election I decided to engage. Instead of feeling like everything was happening to this amorphous figurative “America” I began to see how it was happening to everyone around me. I understood the anger and rage of those on both sides of the fence. And then after hearing fallacious arguments and false corollaries,  I felt the unthinkable happen. I moved from apathy to concern, concern to disdain, and am possibly on my way to righteous anger. The lives of every single person in the country were at stake, and there was no way I could take people taking their personal minute concerns over the rights and welfare of the nation. Quite frankly, unless you’re making Romney money, I really do not understand. My little cousins need an education. I need equal pay! Really, you can miss me with all of that air you’re blowing. 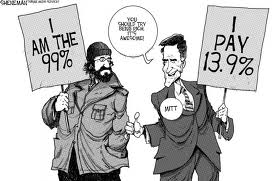 The playwright Doug Wright (no I don’t really know who he is, but it is a good quote, and it’s all over the innanets)  summed it up best  when he said: “Then look me in the eye, speak with a level clear voice, and say, 'My taxes and take-home pay mean more than your fundamental civil rights….' It’s like voting for George Wallace during the Civil Rights movements, and apologizing for his racism. You’re still complicit. …You don’t get to walk away clean, because you say you ‘disagree’ with your candidate on these issues.” He was referring specifically to gay marriage, but it pretty much transfers to anything at stake in the elections.

While I have threatened to run away depending on the outcome of this vote, the great thing about this country is there tends to be some kind of balance. We won’t end up completely on either side of the spectrum, and life will go on without too much interruption. But if nothing else, I hope the debates, constant coverage and incessant talk of Bronco Bama and Mitt Romney can force my fellow disengaged buddies to stop being apathetic, and give in to full, active participation…both during the election season and afterwards.
Labels: Barack Obama Election2008 election2012 James Earl Jones Mary Poppins Mitt Romney Politics September 11