Black Woman's Activism Will Not Be Ignored

Psst...I wrote this piece for ForHarriet (www.forharriet.com). Check it out and click over to the site for more. 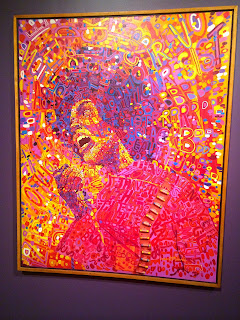 The fierce afro. The defiant gaze. The black power fist raised. The feminine silhouette. Angela Davis’ image is one of the most enduring from the Black Power Movement. Even looking at footage of her today strikes a note of reverence and conjures a sense of righteousness for the viewer. Her anger is apparent.


This imagery, along with incessant news reporting is what helped turn Angela Davis into a household name internationally.

Today, several victims of police brutality are known by name. And due to the protests that happen following each incident, the imagery of revolution is re-entering media spaces. Yet, in all these images, there is no contemporary Angela Davis iconography, real or fictional.
But there should be.
Read more: http://www.forharriet.com/2015/04/black-womens-activism-will-not-be-erased.html#ixzz3Zxy4yk3Y
Labels: Activism Social Issues Women Writing