Television Dreams: Let's Bring Television Into the Beyond….

There are few things I love more than television. So the elation I experience when great television mutates into other forms (short of fan fiction) takes me to the moon.

Over the past few weeks there have been a few great news items concerning new takes on old (good) tv.

For one, there's Pushing Daisies The Musical. This is a very British take on theater, because I swear the Brits will put anything on stage. Pushing Daisies was one of those great ABC shows that ABC just did not keep pushing. I wanted the little baker boy and the dead girl to touch. Besides, the writers had an awesome stretch of their creative muscles every week finding ways for them to touch, without touching. Deep down there was a metaphor locked up inside that the audience was just waiting for the voiceover to deliver. We never got it, but now, the dead sitcom lives and Kristin Chenoweth can sing the deep meanings to us! Sing!!!!!!

Additionally, Heroes is making a mini-series. Personally, I was not a huge fan of Heroes, but this is good news for the many diehard fans the show had. In its time, it did well with ratings and was approved by critics.

So with all this good news, I couldn't help but think of projects I would want to see fulfilled.  I'll admit, some are pretty awful, but a fan can dream! The list is below:

1. Day Break Written as a Book.

Day Break did not find success as a Taye Diggs led series. That's mainly due to a mix of casting and writing. Basically, it wasn't all that good. The show had a nifty concept: follow the trail of a crime by having the protagonist constantly relive the day to put the clues together. The execution however did not capture audiences. Still, I want to know what happened. Plus, I love books that I can find in the cheesy section of Target. This just needs to be written out. People like me, who read books like The Late Lamented Molly Marx, would eagerly veg out with this novel in hand. 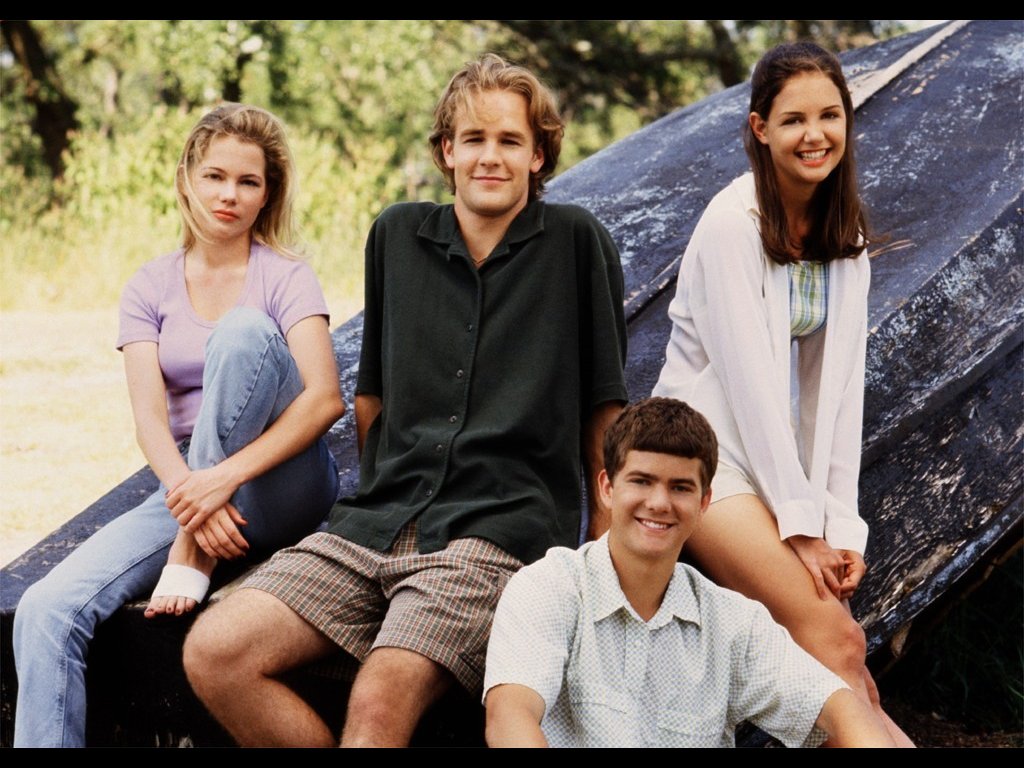 If I have already had multiple high school reunions, they definitely are due one. And it would only make sense. I am pretty sure that the most exciting thing that ever happened on Don't Trust the B in Apartment 23 was getting the cast of characters back together. And if recent excitement over Girl Meets World or every hair brained scheme of Jimmy Fallon suggests anything, there is a demographic that so wants to see what happens when Dawson comes back and faces Joey and Pacey after running off to make documentaries.

*I will in fact take any reunion that morphs into an actual show. Channels used to make these into Sunday Night Movies, and who didn't love those?

3. Living Single Guide To Surviving Your Twenties in Brooklyn

Sure, every twenty something is moving to Brooklyn to follow their dreams now, but these housemates did it first, and with a lot less scandal than some girls and boys do nowadays. You had an entrepreneurial writer, stockbroker, construction worker, lawyer, aspiring actress, and whatever Regine did. Through it all they tackled love, careers, and family. And they survived. I think a book is in order. Times have not changed all that much. Plus, if Khadijah could get serenaded by Grant Hill, there is hope for me and Chris Paul. (Jada will allow the serenade.)

Of some sort, or any sort. I just miss reality tv actually seeming real and with seemingly regular folk. Apparently Real World still comes on, but is it any good? Does the show still innovate?  I guess this is the void Big Brother is filling. But let's get some of the old cast members back (Ruthie? Mike?) and do a challenge. Now that everyone is settling into middle age, this should be painfully hilarious. And, if this gets to happen live, even better!


5. The Only Black Kid In The Class

Years later, this Youtube video still makes me lol. And, this Buzzfeed quiz points out that the tokens really are great people. I mean, they get to be the best friend! In the ultimate crossing of television and movie worlds, I think its time the tokens meet. Obviously Angela from Boy Meets World is actual blood related younger cousin to Murray from Clueless. Or, maybe Vince from Recess takes Susie Carmichael from Rugrats to prom. I'm stretching the limits here, but the possibilities are endless. In fact, I now charge you, fan fiction people, to go write some fan fiction.

Honestly, one of the best things about the series finale was reliving so many of the outfits. Years later, I still want their clothes. All of it: Blair, Serena, Lily, Little Jenny, Chuck, and yes even Vanessa. I know they tried something with Target or some other retailer, but that wasn't glam enough. I think the costume team from Gossip Girl needs to curate a pop up shop or online boutique with fabulous items for me.

The key here is keeping it classy. Those girls stayed in high end beautifulness. You get too low end, and honestly, I could have done that myself.

Okay, there are some of my daydreams. What do you want? Put it into the universe and let's make it happen!
Labels: abc mtv Television