Okay, while the title of this post would lead you to believe that I was going to delve into the wonderful world of clothing worn by my fellow Hillman Alumni, I'm not. Yes, Whitley had some prim but fierce outfits and Lena James could work some baggy pants, but instead I take you all the way back to season 1, episode 12 "Advise and Descent." In this episode Denise Huxtable (who the show was created around as a spinoff of The Cosby Show, if you're not familiar with this awesomeness) was not studying for her finals and working at a peer counseling center with a guest character named Z. Denise was a girl after my own heart and Z was your typical Californian dude. I too should be paper writing/doing laundry now, but instead started watching A Different World when I bumbled with excitement at this scene: 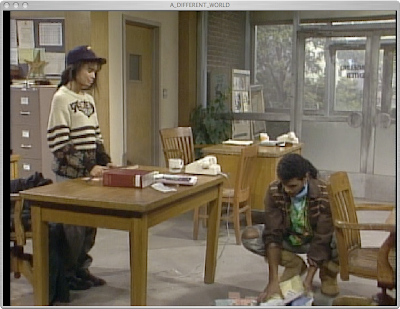 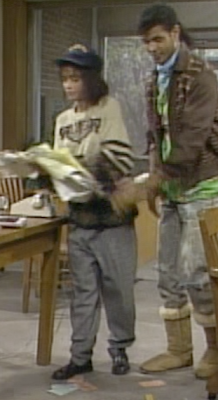 What's that we spot on Z's feet? Snoogy Boots! These are possibly UGGs, but definitely a predecessor to the style that later took over. They made a showing on A Different World back in the eighties...and this was a moment that I had to share. Among its other great values, A Different World also brought the Snoogy Boot to the East Coast. I'm still not a huge fan of the UGG, but I am a fan of this great moment in Pop Culture History.